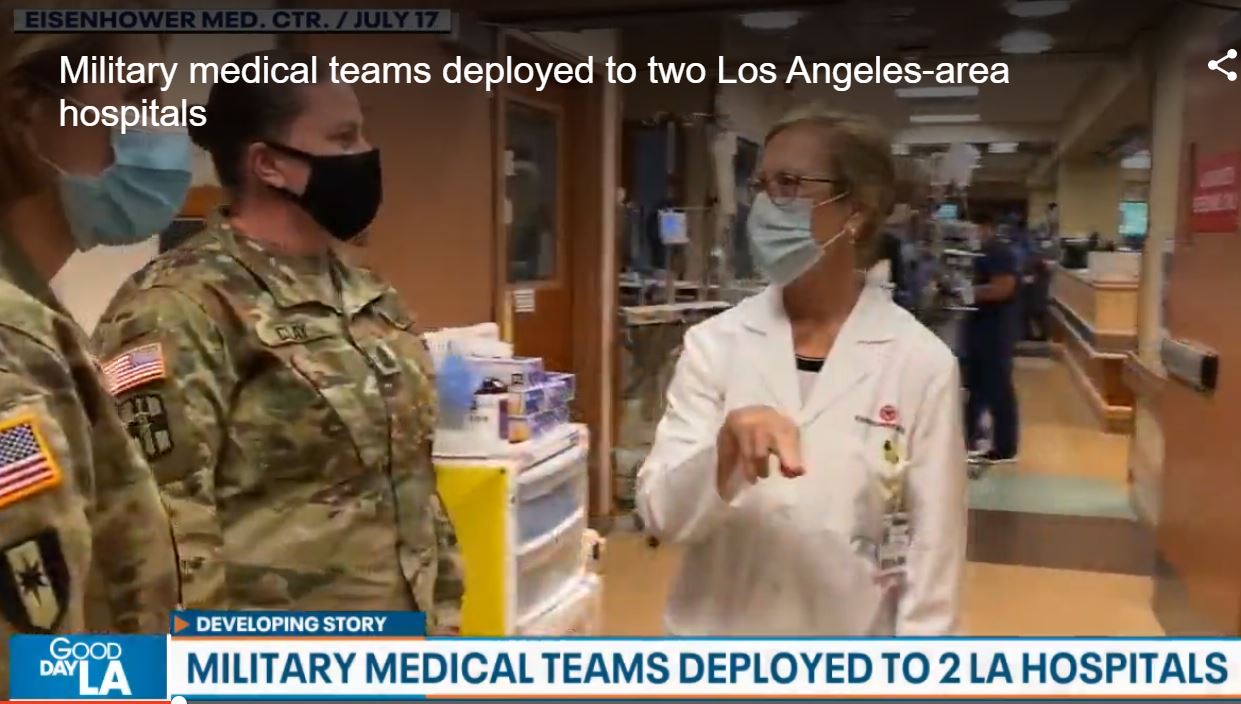 LOS ANGELES, Calif.  — Two Los Angeles-area hospitals are getting medical support from the U.S. Air Force amid a recent uptick in coronavirus cases and hospitalizations.

The U.S. Air Force sent 40 medical personnel Friday to two of the county’s largest public hospitals. Half were sent to LAC+USC medical center and the other 20 were sent to Harbor-UCLA medical center to help in their intensive care units, Military officials told FOX 11.

The idea is to relieve the strain and stress on overcrowded hospitals that are seeing a surge in coronavirus cases again.

Many California hospitals including several in Kern County, strained in both capacity and staffing, are activating their coronavirus surge plans to deal with the sudden influx of patients.

The crews in Los Angeles were expected to go through orientation Friday before starting work as soon as Saturday. The crews won’t be fully operational until Monday, officials said.

The medical support crews are expected to remain in Los Angeles until the state and FEMA deem they are no longer needed.